Prof. Howard Lau graduated from the Medical School of The Sydney University in 1986 and received his postgraduate urological training in several hospitals in Sydney including Westmead Hospital where he currently holds the position of VMO in Urology and Transplant Surgery. In 1995 he was appointed Clinical Lecturer at The Oxford Transplant Centre. His interest in laparoscopic surgery started with live donor nephrectomy hoping to reduce the disincentive for many potential renal donors.

Prof. Lau has been actively involved in the training and development of laparoscopic urology in Australia. Prof. Lau is an experienced Robotic Surgeon and has proctored surgeons in New South Wales, Victoria and Queensland.

He has been invited to lecture and demonstrate surgery in numerous workshops and conferences both in Australia and the Asia-Pacific region. He is regularly invited to overseas centres to assist the development in minimally invasive surgery. Prof. Lau has written chapters on International Urological Surgery textbooks on laparoscopic donor and radical nephrectomies as well as laparoscopic partial nephrectomy. 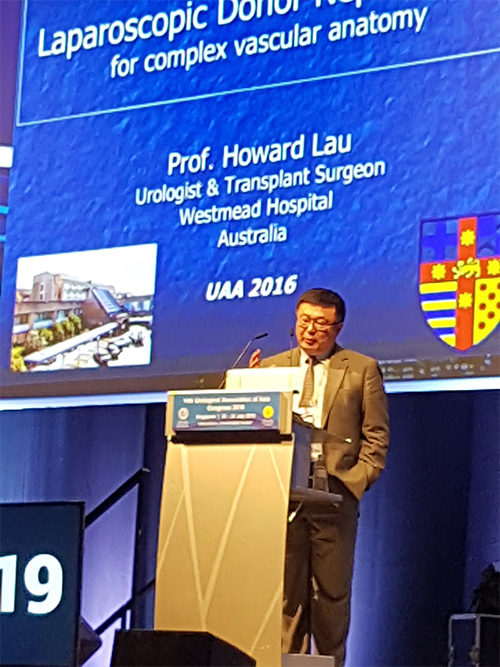 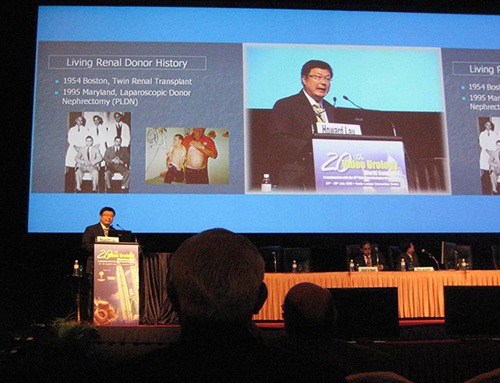 Invited Faculty at the World Congress of Video Urology July 2009 at Kaula Lumpur. I lectured on Laparoscopic renal Donors and live Surgical demonstration on Laparoscopic Partial Nephrectomy for a renal cancer.